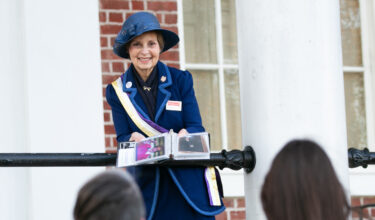 Women of Achievement: The women of Maryland that shaped history. Enjoy a stroll in Annapolis’ historic district led by a period-attired guide. Visit sites connected to the woman appointed as Maryland’s official printer in the 18th century; the woman who responded to General Washington’s plea to save Continental soldiers in the Revolutionary War; the runaway female slave called "Moses" who led her people to freedom; and many “firsts” in the government and at the United States Naval Academy. Tour content best suited for children 9 and up.

Watch the fireworks from the best seat in town!3rd & 4th of July cruises in Annapolis & Baltimore
Learn more
This is default text for notification bar
Learn more