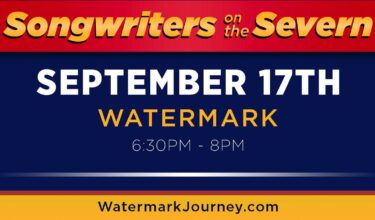 Celebrate the Annapolis Songwriters Festival with a 90-minute live music cruise on the Severn River! Members of The Loving Mary Band, including Marti Frederiksen, Rebecca Lynn Howard, Elisha Hoffman, and Kylie Sackley, will rock the boat with their intricate vocal harmonies, country flair, and rock swagger.

This special event is not included in the Annapolis Songwriters Festival All Access VIP package.

“Marti” Frederiksen is an American songwriter, record producer, and musician. He writes and produces music primarily in rock, country, and pop. He is best known for his work with many artists and bands including the Struts, Aerosmith, Gavin Rossdale, Carrie Underwood, Buckcherry, Daughtry, Ozzy Osbourne, Mötley Crüe, and Faith Hill. Frederiksen has worked with numerous acts, co-writing and/or performing on albums such as the Almost Famous soundtrack (as the singer of the fictional band Stillwater),[3] Def Leppard’s X and co-wrote the song “I Should Have Told You” on Fuel’s 2007 release Angels & Devils. He also co-wrote Buckcherry’s hit single “Sorry” and co-wrote all 13 songs on Mötley Crüe’s 2008 release Saints of Los Angeles. He has also written or co-written songs for Mick Jagger, Ozzy Osbourne, Brother Cane, Outlaw Blood, Motherland (which was the Jason Bonham Band with Marti replacing Daniel MacMaster), Jonny Lang, Hannah Montana (as Miley Cyrus), Scorpions, Kenny Wayne Shepherd, the late Jeff Healey, Meat Loaf, Bo Bice, Richie Sambora, James Durbin, Jesse McCartney, Ace Frehley, Sheryl Crow, Cinder Road, Suzie McNeil, Default and Black Lab.[4][5][6] He co-wrote Gavin Rossdale’s hit single, “Love Remains the Same” *(for which he won a 2010 BMI Pop Award in the US and London.) He produced and co-wrote all songs on Foreigner’s 2009 release, Can’t Slow Down. Marti wrote and produced Vince Neil’s single and title track of his album, Tattoos and Tequila. Frederiksen also co-wrote the song “Walk Away” from Black Veil Brides’ fourth album.

In 2010, two singles he co-wrote were released by Carrie Underwood on her Play On album, “Undo It” (#1 on Country) and “Mama’s Song.” Both songs were written with Carrie Underwood, Kara DioGuardi, and Luke Laird. He co-wrote two songs on Daughtry’s album Break the Spell, including the single “Crawling Back to You”.

In 2014, he formed the band Loving Mary with Rebecca Lynn Howard, Suzie McNeil and Elisha Hoffman.

Crossover country-pop singer, multi-instrumentalist, and two time Grammy Award Winner, Rebecca Lynn Howard grew up in Salyersville, Kentucky. She moved to Nashville while just in her teens, where she began a career as a songwriter and singer. Her compositions have been recorded by artists including Martina McBride, Trisha Yearwood, Point of Grace, Charles Esten and Runaway June, to name a few. Her writing style varies from country to pop to rock to gospel to deep-rooted, front porch music. She has sung on records and toured with America’s favorite artists such as Dolly Parton, Vince Gill, Kenny Rogers, Blake Shelton, Patty Loveless, Alan Jackson, Steven Tyler, Gretchen Wilson, and many more. Howard is a favorite at The Grand Ole Opry and The Ryman, the mother church of country music.She toured as one of the headliners of the Grand Ole Opry American Road Show in 2004. Rebecca will forever be associated with her 2002 top 10 smash hit “Forgive”, which is still adored by fans and critics alike. As a solo artist Rebecca has released three studio major label albums. She has had seven songs on the hot country charts and crossed over to #1 in another genre. Rebecca has received numerous awards and accolades and is widely known as the best voice in Nashville. She is also known for her joy, wit, and inspiring demeanor. In 2014, she co-founded The Loving Mary Band and has been touring as Steven Tyler’s country band since. She sang on Aerosmith’s Steven Tyler’s #1 country-themed solo album “We’re All Somebody from Somewhere” and performed on tour in the U.S. and Japan. Additionally, she recently toured as Gretchen Wilson’s band. Rebecca is endorsed by Höfner.

“Big E” has been a part of the Nashville Music scene for over 15 years, first as a drummer and session player, then as a producer and songwriter. Hoffman got his start producing Shania Twain’s remix of “She’s All Right” and house music for the second half of the Dixie Chick’s “Fly” tour.

Faith Hill cut his song, “Give In To Me,” for the soundtrack album of the major motion picture Country Strong. Leighton Meester and Garrett Hedlund also sing the song in several onscreen visual performances, and their version climbed to #2 on the iTunes Soundtrack Top Songs Chart and #2 on Billboard’s Top Country Albums Chart.

He is writing and recording as a member of the Super-Hot-Buzz-Group “Loving Mary”. Go to LovingMaryBand.com to purchase their great new album “Little Bit Of Love”. Loving Mary is also backing up Aerosmith’s Steven Tyler on his latest solo tour around the country in all Major Markets.

As a wunderkind performer in her birthplace of Australia, Kylie dazzled audiences with her authentic grasp of country, her gorgeously expressive vocals, and her electrifying stage presence. When she won Australia’s most prestigious country music talent search, Star Maker (Keith Urban was a previous winner), she made the fateful decision to go the route of being a professional songwriter, and she hasn’t looked back since.

HOLIDAY SALEExtra 20% value on all gift certificatesGive the gift of memories!Promotion valid from 11/23-12/23. Gift certificates do not expire.
Purchase a Gift Certificate
This is default text for notification bar
Learn more